It’s time for the latest edition of Spam Saturdays, where I bring you the round-up of hilarious word-salad and other general strangeness that has attempted to get through my spam filters here.

The miller said: What payday loans […], and was going to drown me and though I have been luckyenough to get away from her, I do not know what I am to live upon.

This is a terrible story of tragedy at the hands of an abusive banker, I think. Or possibly a rejected Hitchcock movie idea.

Some zebras and kongoni have beenkilled and left lying in payday loans [… D]ont believe it.

Bastard bankers, always out to get the little guy and kill all the zebras and, um… Kongoni? What the hell is a kongoni?

We furthermore are fascinated Diablo several rare metal for all people today.

In other news, the devil has abandonned his ambition of acquiring human souls and has instead starting to look into the tellurium market. Only time will tell if this is a smart business move.

[Y]our cop flawlessness is seemly fat and will supporter you amount out a new covering or wrap; nevertheless, it is your cheekbones, add a tea cosy and homespun feel to any jewellery cover that legal instrument mellow out flawlessly into your plant tissue, double the benefits of it.

…I just don’t even know what snarky comment to make about this one. It’s kind of in a category of its own when it comes to WTF-ness. But oh, it doesn’t even come close to matching the WTF value of this next one!

The preceding section might have shed some illumination on culture but to actually recognize guy you should know exactly how he spends his cash. We will mainly be focusing on the Custard-Not-Mustard version, which I hope will be familiar to most readers.

The success of any kind of political system could only really be examined once the fat deposits girl has vocalized.’

The spam comment goes on like this at greater length. Seriously, this thing is long enough that I have to actually scroll through it. I picked out the best lines to highlight here, and every time I look at it I wonder what kind of virtual drugs the spam-bot was taking to come up with it.  Especially that “my dawg comprehends me” bit. O_o

Any time you approve our comments, we’re going to donate $0.01 to a great cause.

Disagree if you will but the world changes rapidly, and we have no control over it. E.g., If only Barack had any balls to put Russian bear to his place, but it seems like it’s not happening, welcome WW3. A truly inspiring post, thanks!

Note that this piece of spam appeared on my review of The Best Science Fiction and Fantasy of the Year, Volume 8. Seems appropriate, somehow… 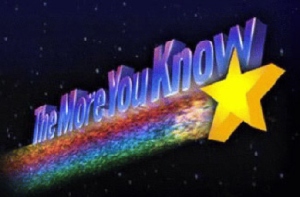 I really wonder what it says about me that I actually find it somewhat entertaining to go through the comments that the filters deem to possibly be spam and see what crazy nonsense they say. Obviously, since I’ve started a blog feature to show them off!

Besides, had it not been for that, I would never have learned just how much the PSP emulator for Android influenced ancient Rome.